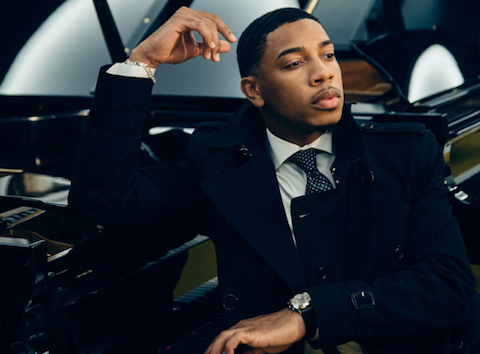 Christian Sands is only 28 years old, but he’s been playing piano for the past 27 years and has a couple of Grammy Award nominations under his belt, including Best Latin Jazz Piano Solo. Wynton Marsalis named him a “jazz star of the future,” and he’s enjoyed a position in Christian McBride’s trio for the last several years. He takes a fresh look at the entire language of jazz: stride, swing, bebop, progressive, fusion, Brazilian and Afro-Cuban. The Christian Sands Trio performed at the Jazz Forum on Friday, February 2 and Saturday, February 3 at 7 and 9 pm on both nights.

Christian (during the performance): Thank you guys for coming out and supporting live music. We really appreciate it because without you, there is no us. And this the first time we’ve ever played in this venue and it’s absolutely hip. It’s really, really cool. I like playing here.

Christian Sands: In general, I would tell my fans to remember to love each other; that’s really where it is; that’s why we play what we play. We play out of love. We play to bring people together. So as long as we all remember that, I think everything will be wonderful…astounding.

Salina: What do you think about the Club?

Christian Sands: Ah man. This is hip. I like this club. It’s not every day that you go to Tarrytown and you’re like, okay, Tarrytown is a big jazz Capital?! But no, the club is great. I mean, I’ve never been here, but it’s really cool. We walked in from the cold and saw all these Brazilian and Samba instruments on the wall and we knew it was going to be a hot place. And all these pictures, you know, of these jazz musicians that played for Mark. So it’s absolutely amazing. It’s a beautiful place, you know, a warm crowd, everybody is great. I feel like I’m at home. 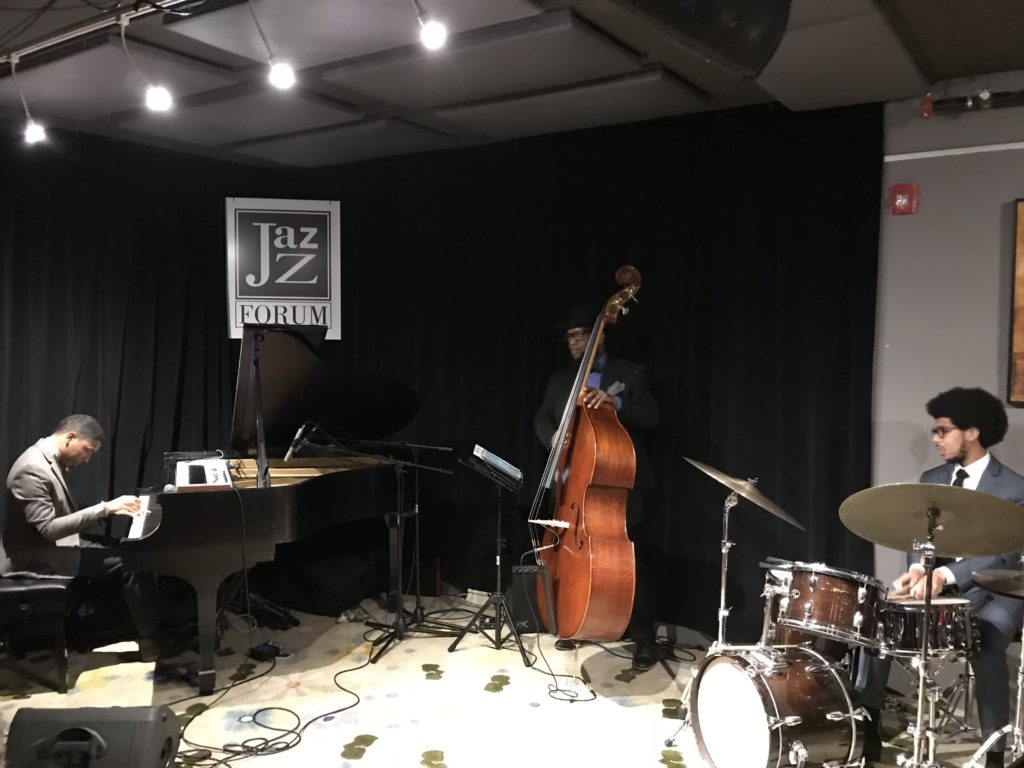