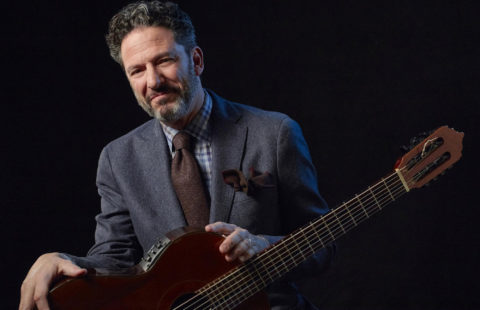 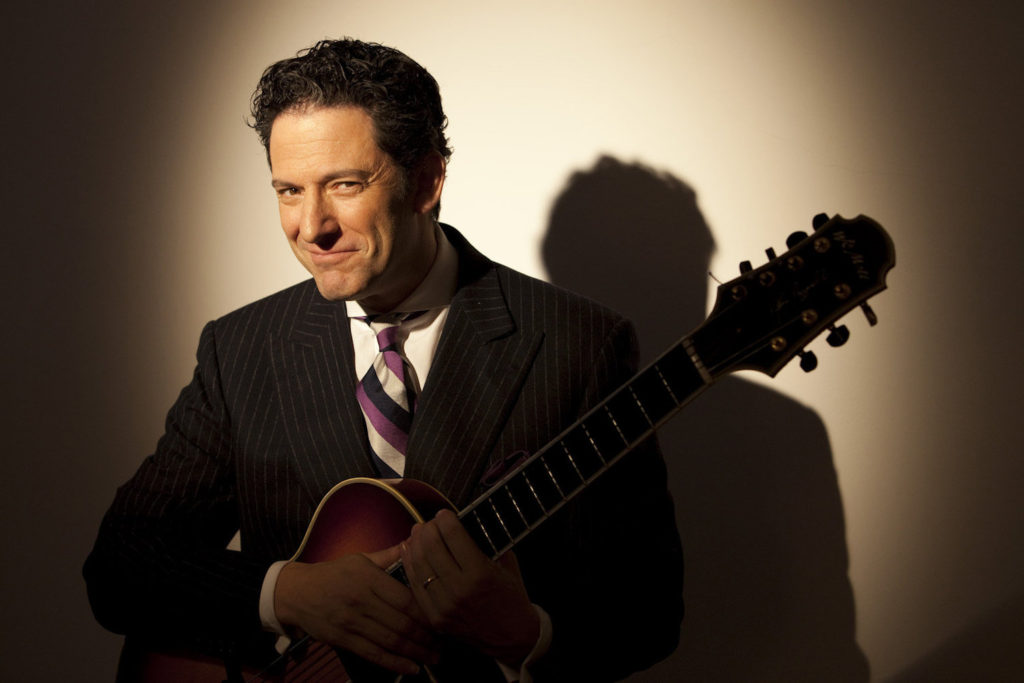 John Pizzarelli charms audiences with his warmth, sense of humor, and musical chops. Through his multi-faceted career as a jazz guitarist, vocalist and bandleader, the son of the legendary New Jersey native guitarist Bucky Pizzarelli, has become one of the most recognizable faces and voices in contemporary jazz for his interpretations of classic standards, romantic ballads and the cool jazz flavor he brings to his performances and recordings. While maintaining a busy touring schedule, John also founded “Radio Deluxe with John Pizzarelli” a nationally syndicated radio program co-hosted with his wife, Broadway star Jessica Molaskey. The John Pizzarelli Trio had several sold out performances at the the Jazz Forum on Friday, March 16 and Saturday, March 17.

Salina: How did you come to playing the guitar?

John Pizzarelli: I was taken to studios since I was a little kid and wanted to play the guitar because they were all around the house. When my father introduced me to the Nat King Cole Trio on record, I decided that’s what I’m going to hang my hat on, that group there. So I did that, and it was the right material for me to sing when I wanted to sing, so that’s basically how that all happened. And then the same thing with the guitar. I played a lot of guitar with my dad. From 1979 to 1990, we played everywhere that there was to play, and I just listened to him, and that was a serious crash course in jazz guitar. I got to make some records in the 80s, and then the really big record, in a sense for me, was when I made a record with Clark Terry, Dave McKenna, Connie Kay, Milt Hinton and my dad in 1989 called “My Blue Heaven.” From there, I ended up on RCA and made some records for them, and my dad played rhythm guitar on a lot of those records. And subsequently, I got to make a record a year for about 15 years, which was really great. I made 10 for RCA and made another about 12 or so for Telarc and Concord and got to meet and play with a lot of interesting people along the way like Rosemary Clooney and Natalie Cole, Zoot Sims, Clark Terry, James Taylor, Paul McCartney, and wow, I ended up in a lot of really cool, really good rooms. So that was a big deal. I was always in the right place. My father led me in all the right directions. So that worked out very well for me.

John Pizzarelli: I’m just very grateful. I get to play the music that I like to play and people come out to hear it, so I’m just very thankful and grateful for people who keep coming back. You know somebody said who was here tonight, “I’ll see you tomorrow night.” We love what we do, so it’s a really fun thing for us.

John Pizzarelli: Love the club. It’s just perfect. It sets itself up right. It’s very intimate. The sound is perfect. It’s not overly amplified. It really feels like we’re playing in our living room, and you can see everybody in front of you. It’s very casual and yet a respectful audience, too, which is terrific. You know, there are not many places that stand up and say, “Remember this is a listening room.” There’s only one other place, there is a woman named Barbara Rose, God rest her soul, she used to do that in St. Louis, and they still say that before the show’s there. That’s a really great thing.