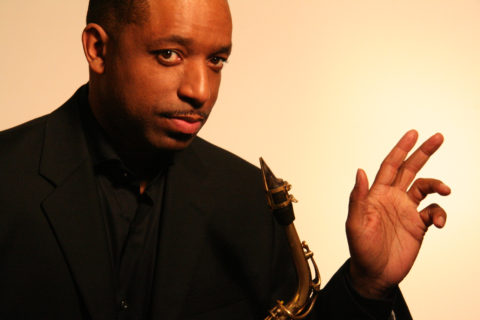 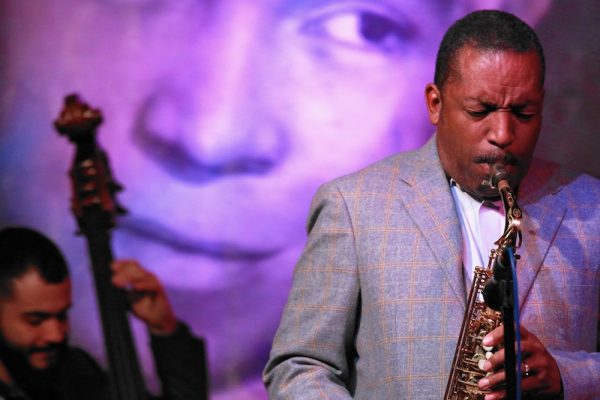 Alto saxophonist Donald Harrison is a New Orleans-born traditionalist, a modern jazz trendsetter, a former member of Art Blakey and the Jazz Messengers, a nurturer of young talent, a composer and a bandleader. A kind of Crescent City Renaissance man, Harrison has performed with numerous jazz legends, including Dr. John, Digable Planets, Lena Horne, and Miles Davis. The Donald Harrison Quartet performed four shows at the Jazz Forum on Friday, June 22 and Saturday, June 23.

Salina: How did you come to play the instruments you play?

Donald Harrison: I consider myself an alto saxophonist and that’s an instrument that my father gave me as a present. He decided some kind of way that I should be a saxophonist, unbeknownst to me. Initially, I didn’t want to do it, but he had some kind of divine providence and it worked out that way. I was 10, but I really didn’t play until I was 16. I was very serious when I picked it up. I got my first gig at 19 in New York after three years of practicing as much as I could and learning as much as I could from recordings. I got hired by the great Roy Haynes at 19, and was fortunate to play with all the musicians who were still left of the great classic jazz era.

Donald Harrison: I’d just like to say that for me, jazz is a music that gives you the freedom to be the best that you can be because the ideal of the music is to raise your level and understanding of humanity in the universe. That’s the way I was taught by many of the masters. John Coltrane said he wanted to be a force for good. So this music embodies everything and I call it music for the mind, body and soul.

It’s a different mindset. We love rap and endeavor to rhyme like Jay Z, but I don’t think they [rappers] would spend the time to really understand what we’re doing. We’re much more. They do include jazz in their music, but we’re more the people who want to learn exactly what everybody’s doing. That’s the thing about jazz that you have to understand. We’re learning everything from doing it and then putting it into the music. So when you hear it, if you love James Brown, Jay Z, Janis Joplin, they may be in there. All your music is in there.

Donald Harrison: Jazz Forum used to be in New York. It was a great club and a lot of enthusiastic people came to hear the music and it felt really good to play there. It feels like a family situation when you’re playing in this club, like you’re playing in the living room, just having fun and everybody’s feeling the togetherness and unity. So I really love it. It’s very warm.