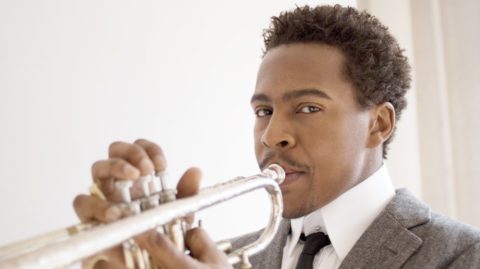 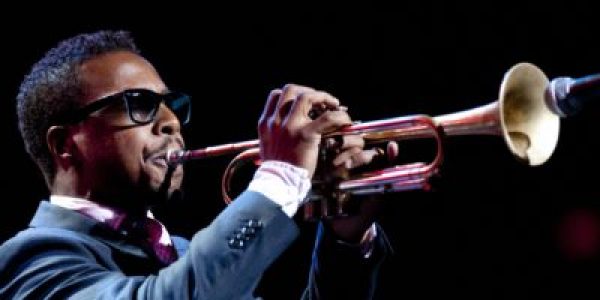 Roy Hargrove has been one of America’s most in-demand jazz artists for over two decades. He won his first Grammy in 1998 for the album Habana with his Afro-Cuban band, Crisol. He won a second Grammy in 2002 for Directions in Music: Live at Massey Hall with co-leaders Herbie Hancock and Michael Brecker. Hargrove was also the bandleader of the progressive group The RH Factor, which combined funk, jazz, hip-hop, soul, and gospel music. He tours all over the world with the Roy Hargrove Quintet and the Roy Hargrove Big Band. The Roy Hargrove Quintet performed at the Jazz Forum on Friday, June 15 and Saturday, June 16 at 7 and 9:30 pm on both nights.

Salina: What instruments do you play?

Roy Hargrove: I play the trumpet, a little bit of piano and some bass.

Roy Hargrove: My father was a brass man. He played the Sousaphone, French Horn, trumpet and just about everything else. As a child, I wanted to play them as well, but I struggled with them whenever I tried. For those who don’t have an interest in musical instruments, beginners will find these hard to learn so it’s understandable I struggled at a young age.  My father was a music lover. So, you know, I got into his record collection when I was a little boy.

Salina: How old were you?

Roy Hargrove: Like four or five. Then, I joined the school band when I was about nine, fourth grade. And my band director at that time was an incredible guy. Guy named Dean Hill. He knew how to get that spark. If he saw it in you, he knew how to make it grow.

Roy Hargrove: I just would like to say that I appreciate them and I’m glad that they enjoy my music.

Roy Hargrove: It’s a nice place. It’s very intimate, you know. Jazz has an intimate feeling as it is, naturally, so it’s nice when you have a place where it’s kinda like a living room setting. And I love the dressing room because they’ve got that pool table in there. That’s a nice touch for a dressing room, for a jazz group. It’s incredible.