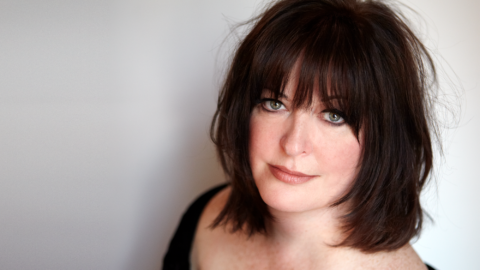 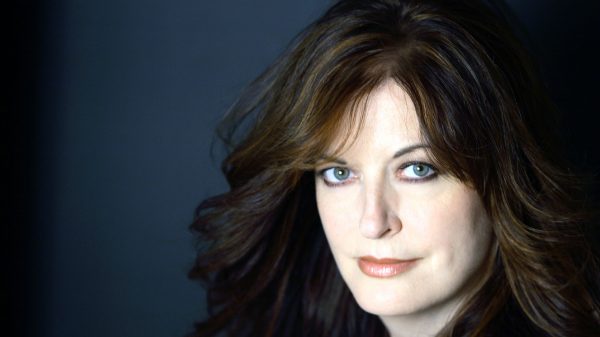 Ann Hampton Callaway is one of the leading champions of the great American Songbook, having made her mark as a singer, pianist, composer, lyricist and arranger. Voted recently by Broadwayworld.com as “Performer of the Year,” Ann is a born entertainer. Her unique singing style blends jazz and traditional pop, making her a mainstay in concert halls, theaters and jazz clubs as well as in the recording studio, on television, and in film. She is best known for Tony-nominated performance in the hit Broadway musical “Swing!” and for writing and singing the theme song to the hit TV series “The Nanny.” Callaway is a Platinum Award winning writer whose songs are featured on seven of Barbara Streisand’s recent CDs. The only composer to have collaborated with Cole Porter, she has also written songs with Carole King, Rolf Lovland and Barbara Carroll to name a few. Ann Hampton Callaway performed her show “The Ella Century” at the Jazz Forum on Friday, July 13 and Saturday, July 14 at 7 and 9:30 pm.

Salina: How did you become the beautiful singer that you are?

Ann Hampton Callaway: I came from a very musical family and I always joke and say that my sister and I didn’t realize we were the von Trapp family of Chicago. My mom would sit at the piano and she’d put me on her knee and she’d take my hands and help me play little songs when I was a little girl. I was always surrounded by great music, whether it was from her or my dad scat singing to Ella records or Billie holiday, interpretive dancing, and just the great music I heard. In fact, when I was in the third grade, my teacher said, “Oh, Ann, you have a beautiful voice.” And I thought, “I do?” I told my mother this, and she said, “Well, of course. You’re at Callaway.” I didn’t know that. I just thought everybody could sing. I thought music was for everybody. But I understand now that my great, great, great grandmothers were opera singers from Austria, and there’s a lineage of singing. But music is not just what I do. It’s who I am. I was born from a spark of music and I am so honored that I get to do it every day of my life.

Salina: When did you start singing professionally?

Ann Hampton Callaway: I started singing professionally at the University of Illinois where I was an acting major and I sang on top of the Holiday Inn where there was this little circular music room. That was my first gig, but then some other places in Chicago before I moved to New York. I got my first singing job in New York three days after I moved to New York. My sister had just arrived and we went to this little piano bar on 30th and Third Avenue. I sat down and the man playing the piano didn’t know a song. I said, “Oh, I know that song.” And he said, “Well, I can’t play it.” I said, “I can play it.” And I sang “Sometimes When We Touch,” which was like a Dan Hill kind of song and not my usual song, but I learned it for a wedding band I had in Chicago. I got a standing ovation and my first singing job, and I’ve been singing ever since.

Ann Hampton Callaway: I want to say thank you because they give me a reason to live and they give me so much joy. I love how people frequently come to all of my shows and not just one of them or not just a few of them, but some people really feel the sense that we’re a family and that’s how I feel when I share my heart and share the songs that mean so much to me and write songs that mean so much to me. It makes me feel so grateful to have people who really get it and really connect with it. And you know, it brings me great joy to hear the stories of how my music has been a part of their lives. It’s just a great inspiration and I look forward to many more magical nights.

Ann Hampton Callaway: I think this is a very special club because it is so intimate and so comfortable and down-to-earth and it’s made out of love. You know, the art on the walls, the incredible connection that Mark and Ellen have with all the people who walk through the room. Their love of this music and history with this music, and their friends and the friends of the people who are the artists that they invite here. You’re not going to see the artists here in anything more intimate than this is. This is a beautiful place to enjoy great food, great booze, and great music and singing. Now that they’ve got this beautiful piano, which I hope will be well financed by the fans, it’s just a perfect place to enjoy a beautiful night.