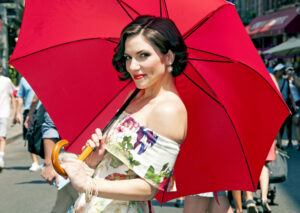 Vanessa was never a stranger to jazz; her grandfather’s cousin was Tony Mottola, a studio guitarist who played on thousands of albums and in the Tonight show orchestra. After starting singing at the age of 4, she gathered the pop-jazz standards she knew and learned many more, presenting solo shows throughout Manhattan and Westchester. In 2012, Vanessa became a finalist in the MetroStar Talent Challenge. The following year she brought her own show to the Metropolitan Room. New York Cabaret Today called her “a star on the rise.”