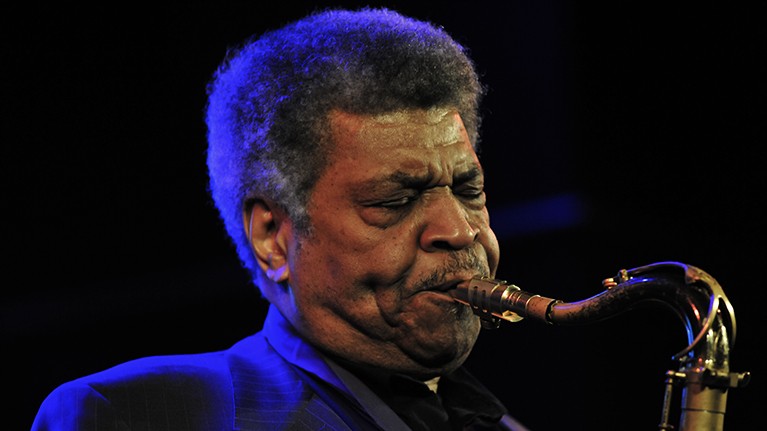 George Edward Coleman is an American jazz saxophonist known for his work with Miles Davis and Herbie Hancock in the 1960s. In 2015, he was named an NEA Jazz Master.

How did you come to play the sax?

In 1950, I think I first picked up an alto saxophone when I finished high school. My brother was a saxophone enthusiast too, so he bought an alto saxophone and we started playing it together. He went on to do other things; he worked with Ray Charles and Little Richard and few of the other R&B artists. I went on to play with some of the great, renowned people like Max Roach. Max Roach was the first well-known band that I played in, and after that, there were many more — Miles Davis, Lionel Hampton, and Herbie Hancock.

You know, I never really played with Herbie except with Miles’ band. But when I left the band, I was on his [Herbie Hancock’s] famous record, “Maiden Voyage.” Then Chet Baker. Again, I never really played in his band, but I recorded with him. A lot of people say, “Oh man, you were with Chet?” I said, “No, not really. I was on his record.” During that time, we were doing LPs, so I did about five LPs and about three sessions. We did five LPs and it’s out now on a double CD, about 30 songs on those two CDs. I enjoyed playing with Chet Baker because I had never heard him in that sense.

My career has been rewarding, you know. I don't have any regrets or anything

I had always heard his West Coast stuff with him singing and whatnot. But I found out that he was really a great trumpeter. That was a wonderful experience. And of course, I went on to play with others, Lionel Hampton included. I was just thinking about him the other day with some friends of mine who had played with him too — everybody played with Lionel Hampton. It was wonderful experience with him and others. Lee Morgan was another great band that I played with.

And Elvin Jones. With Elvin Jones and later with the great Frank Foster, we had a quartet. Me, Frank, Elvin and Wilbur Little, the bass player. We had a great band and went to Europe and other places. We had a great time. It was a wonderful time, a wonderful era. My career has been rewarding, you know. I don’t have any regrets or anything. Everything was great.

Keep coming to the Jazz Forum in Tarrytown! I remember the old Jazz Forum down in Manhattan on Broadway and Bleeker. I played there, too.

And what do you think about the club?

Great club! I was here before…a few months ago. I enjoyed it then, and as always, I enjoy the good clubs. This is one of the good ones.